On Friday, I shared the good news portion of my 2014 wardrobe review, my closet “all-stars.”  I appreciate all of the excellent feedback I received on that post.  I especially liked learning about the way others track their wardrobes and work to make sure what they have gets worn on a regular basis.   I realize that wearing something five, eight, or even twelve times per year isn’t exactly stellar or earthshattering and that many of you wear your clothes far more often. But, as the saying goes, Rome wasn’t built in a day (or even two years), so we have to start somewhere and build from there.

I definitely have a lot of room for improvement in terms of frequency of wear for my clothing.  Seeing my 2014 numbers is really what pushed me to start my new “Love It, Wear It” challenge.  The stats in black and white also propelled me to do another closet purge, which I will share in a future post, along with an updated inventory.

A Few Words about the Term “Benchwarmers”

But now it’s time to look at the downside of my 2014 wardrobe recap, my “benchwarmers.”  As a reminder, I have defined a wardrobe benchwarmer as something that is only worn once or isn’t worn at all over the course of an entire year.   Again, this is another fairly extreme characterization and you may wish to classify your benchwarmers in a very different way (if you even want to do it at all).   But for those of us who have histories of shopping too much and amassing overly large wardrobes, it’s a good place to start.

No matter how we define a benchwarmer, it’s probably normal for most people to have at least a few.  After all, a lot of us hold on to formal garments that are rarely worn but come in handy when they’re needed. We may also have clothing for events like job interviews, funerals, and tropical vacations that just don’t get used much in our day-to-day lives.   I think this is perfectly okay, as long as our benchwarmer count doesn’t go too far into the double digit territory.

Before I started this blog, over half of my very large wardrobe fell into the benchwarmer zone, which is what propelled me to begin “Recovering Shopaholic” in the first place!   I realized how ridiculous it was to have so many clothes that weren’t even making it outside my closet.   Fortunately, I improved my numbers quite a bit during my first year of the blog and ended 2013 with only 28 benchwarmers (13 of which were purchased in the second half of 2013 and hadn’t been in my closet for a full year).  I hoped to reduce that number during 2014, but did I?

How I Did With My Benchwarmer Goal for 2014

When 2014 began, I set a number of goals regarding my wardrobe and shopping.   One of those goals was to end the year having worn everything in my closet at least two of more times, meaning no benchwarmers at all.   Well, I didn’t achieve that goal, but I now realize that it was probably unrealistic in the first place, given what I wrote in the section above.  However, I know I could have done better than I did with properly utilizing my wardrobe pieces.

I ended the year with 17 wardrobe benchwarmers that had been in my closet for all of 2014.   There were also 16 additional items that I purchased during the year that were either not worn or worn only once.   Those latter items were discussed in my recent purchase analysis (in the “on the fence” section), so I’m going to focus this post primarily on things that I owned prior to January 1, 2014.

So I actually had 5 more benchwarmers last year than during the previous year!   The main reason for this is that I wasn’t pushing myself to wear everything I owned in the latter months of 2014.  Since I started keeping my outfit journal, I decided to only wear what I truly wanted to wear.   Thus, I concerned myself less with wardrobe benchwarmers as a result.   Although I feel I still had too many benchwarmers last year and would like to do better in 2015, my main goals are to be happy in what I’m wearing and have the right clothes for my lifestyle.   If I succeed in those areas, I believe that my benchwarmer number will naturally decrease as well.

My 17 benchwarmers that were in my closet for all of 2014 can be broken down into the following categories:

Here’s a snapshot of my 2014 wardrobe benchwarmers: 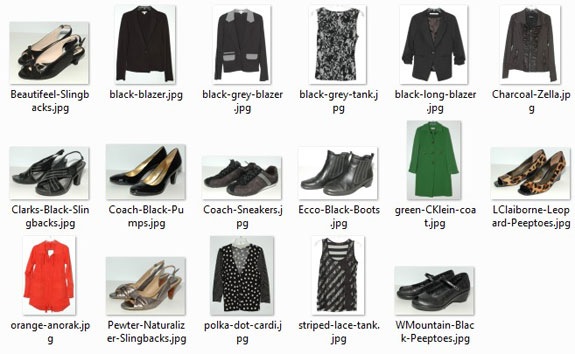 These 17 items were only worn once or not at all during the entire year of 2014!

Let’s take a closer look at the benchwarmers.  Here are the 9 garments that I only wore once or not at all last year: 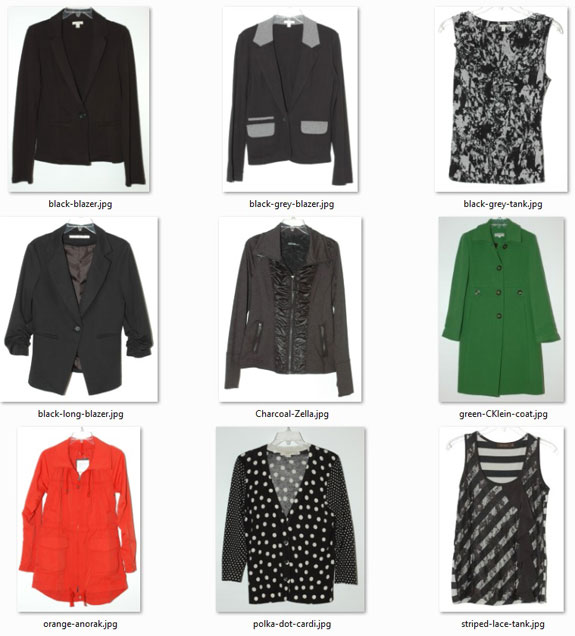 I like some of these items, yet I didn’t wear them more than once last year.

I think it’s useful for me to analyze why I feel these items ended up being benchwarmers, as that will help me to decide their fate.   From left to right, top to bottom, here are my thoughts:

Now let’s look at the shoes that were worn only once or not at all last year: 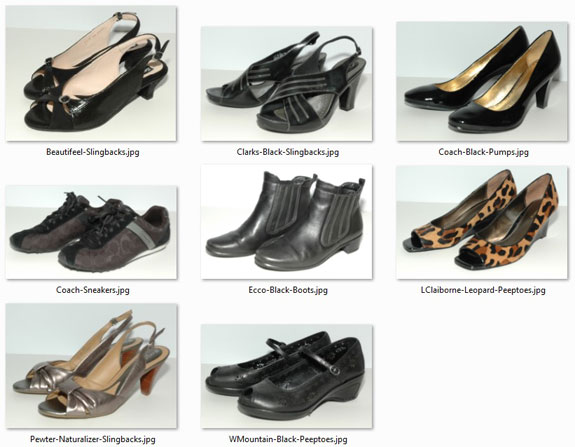 These 8 shoes – almost a third of what I have – fell into benchwarmer territory last year!

It was helpful for me to formulate my thoughts on my benchwarmer clothes, so I’ll do the same with the shoes:

It was very interesting to write about my 17 wardrobe benchwarmers from 2014.   I noticed a few themes that came up more than once in my analysis:

While it’s clear that I should let some of my benchwarmers go, I’m less certain about other items.  I actually like some of my benchwarmers more than other closet items that were worn more often last year.  Many style experts say that if we haven’t worn something in a year, we should get rid of it, but I’m not sure if such a hard and fast rule is the best way to go.   I think we need to delve a bit deeper and consider why certain things aren’t being worn.   Sometimes it makes sense to let items go and other times it’s more prudent to hang on to them.   Maybe one doesn’t wear a suit or little black dress very often, but it sure comes in handy on rare occasions.

As for my wardrobe, I believe that I will downsize quite a bit this year.  I’ve already opted to purge quite a few things this past weekend and I feel more items will be on their way out as I see that I don’t reach for them as the months go by.   Also, if I wear something and feel that it’s ho-hum, fussy, uncomfortable, or no longer my style, it will go into my consign/donate bag instead of back into my closet.   Life really is too short to wear things we don’t love!

So there you have it, my wardrobe benchwarmer analysis for 2014.   Sure, it’s not what I hoped it would be, but I’m okay with it.   As I’ve mentioned before, I’m aiming for progress, not perfection, and I believe that I continue to make progress with my wardrobe as the months go by.    That’s good enough for me, especially since the true end goal is a happy and fulfilling life.   That goal deserves more of my focus this year, so I’m going to tone down the wardrobe navel gazing.   Of course, I will continue to write about wardrobe management and share what I’m learning along the way, but I’m going to refrain from flogging myself today for my 2014 foibles.  I’m taking my lessons and moving forward and I hope you will do the same.

Now it’s time for you to chime in, either about my wardrobe benchwarmers or your own.

I invite you to share your thoughts on this often troubling issue.  I learned so much from what everyone shared on my last post, and I’m sure others did as well.  I’m sure your comments on this post will be equally illuminating.

I Don’t Care What “They’re” Wearing

A Dark Side of Buying “Multiples”

When Your Clothes No Longer Fit You

Trying Out the Four-by-Four Wardrobe from “The Vivienne Files”