In my last post, I shared my November Accountability Update, including what came into my closet, what left, what I wore, and my clothing budget status.  I had intended to include an update on my “wardrobe benchwarmer” project as well, but the post was already more than long enough!  Instead, I opted to do my benchwarmer update separately, so that’s the topic of today’s post.  This way I can also go into the level of detail and statistics that my “inner nerd” enjoys and which many of you appreciate.  Win, win, I say! 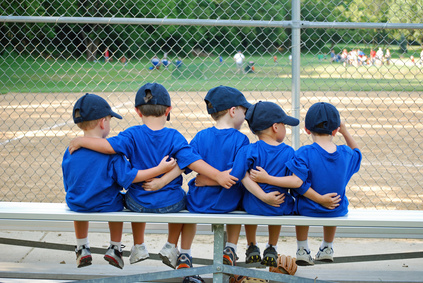 Not all “bench warmers” are as cute as these guys!

Where We Last Left Off…

I did my last benchwarmer update about two months ago, on October 9th.  In that post, I not only shared the status of my 2012 wardrobe benchwarmers, but I also looked at my potential benchwarmers for 2013.  While I was definitely happy with the progress I’d made in wearing, evaluating, and eliminating the majority of my 2012 benchwarmers, I was disheartened by the potential of having close to 100 benchwarmers for 2013.  I committed to taking powerful steps to make sure I don’t end yet another year with a large number of garments that had rarely or never been worn.

Today I’ll share the progress I’ve made since my “Wardrobe Benchwarmers Past and Future” post.  To kick things off, let’s start with a recap of my benchwarmer status at the beginning of this year and in October.  As a reminder, I have defined a wardrobe “benchwarmer” as any item that was not worn at all or worn only once during a given calendar year.  I ended 2012 with close to half of my wardrobe items having earned benchwarmer status.   A full 125 garments and 21 pairs of shoes were classified as wardrobe benchwarmers!

I vowed to wear and evaluate all of my 2012 benchwarmers this year and either integrate them into my regular wardrobe rotation or pass them along via donation or consignment.  As of the end of August of this year, I had consigned or donated roughly two-thirds of my 2012 benchwarmers and had worn and evaluated all but 17 of the remaining items.  However, while I was focused on my benchwarmers from last year, I neglected to consider the items that could potentially earn the dubious status of 2013 wardrobe benchwarmers.

How a Statistics “Nerd” Organized Her Closet

In October, I divided my closet into four sections, separated by brightly colored hangers:

The photo below shows categories once through three.  Category one is on the left before the blue hanger, category two is in between the blue and green hangers, and category three is to the right of the green hanger.

These were my potential 2013 wardrobe “benchwarmers” as of October 9th.

The October Update by the Numbers

Now that I’ve outlined the wardrobe categories I designated for my closet in October, let’s look at how the numbers shook out at that time:

In all, I had 98 items (89 garments and 9 pairs of shoes) that would have been wardrobe benchwarmers had the year ended at the time I made the above calculations.  While 98 benchwarmers is a lot better than 146 (my 2012 number), it’s still a very high number and not nearly the type of progress I had hoped to make with my wardrobe this year.  Truth be told, I had continued to shop too much this year and was spending far too many of my days in lounge wear instead of “regular” clothes.

My Progress since October

I vowed to buy fewer new things, donate or consign the pieces I either didn’t love or wasn’t wearing much, get out more so I could wear more of my clothes, and start wearing more “regular” clothes around the house.  As a result of all of these efforts, I’ve made some big progress in paring down my potential 2013 benchwarmers!

Here’s how my closet categories one through three (above) look today:

These are my potential 2013 wardrobe “benchwarmers” as of today!

Although a picture really does speak a thousand words, I feel compelled to share the numbers as well (of course, you knew those were coming!).   Here are my potential benchwarmer numbers as of today, followed by the changes since my October 9th update.  Please note that I have not included garments purchased during November and December in these calculations.

Since October 9th, I purged 28 potential benchwarmer garments from my wardrobe.  I also wore 35 potential benchwarmers and have decided to keep them in my regular wardrobe rotation.  I will be evaluating my entire wardrobe again at the end of the year, so it’s possible that some of these garments will leave my closet, but they’re staying for now.

My progress in regards to shoes has not been as good.  Sadly, I’ve added two pairs of shoes to my closet (one in June and one in September) that have yet to be worn.  At present, I have 9 pairs of shoes that are on track to be benchwarmers for this year, one of which also had that status last year.  Three of these pairs are quite dressy, so that’s why they haven’t been worn, but I can’t say the same for the other pairs.  Because I have such “fussy” feet, I find it harder to let go of shoes than clothes.   However, I do plan to make informed decisions about all of these shoes before the end of the year, regardless of whether I end up wearing them this month.

As of today, 119 garments in my closet have been worn at least twice this year.   In addition, I have 28 pairs of shoes that I’ve worn two or more times over the course of 2013.  Many of these garments and shoes have been worn far more often than just twice and some have been worn 30 times or even more!

I may re-evaluate my standards for what constitutes a wardrobe “benchwarmer” next year, as I’d ideally like to be wearing all of the items in my closet a lot more often than twice within a given year.  But for now, I’d like to acknowledge the wonderful progress I’ve made in paring down my wardrobe benchwarmers and wearing more of what I have.  Here’s a before and after photo to drive the point home.  The left side shows categories one through three of my closet on October 9th, and the right side is today’s view.

I’m patting myself on the back for the big changes I’ve been able to make in just two short months.  The year isn’t over yet, so my numbers will likely change before it’s all said and done. Of course, I’d love to be able to report that I have no wardrobe benchwarmers and I will get there and perhaps very soon.

Why Any Benchwarmers Left At All?

You may wonder why I have any benchwarmers left at all at this point.  After all, I’ve been shopping less and I’ve pared down a significant percentage of my wardrobe.  Here are what I see as the reasons for my remaining benchwarmers:

I continue to learn more and more about myself and my wardrobe needs.  Yes, I still make mistakes, but my shopping successes are starting to outnumber my faux pas at long last.  The painstaking analysis I go through each and every month is making a big difference in terms of both my awareness and my actions, so I expect my mistakes to become fewer and farther between as time goes on.

In early January, I will be doing a number of year end posts and will update you on my benchwarmer project status at that time.  In the interim, I will be revisiting the “Dress with Less” microcourse from Courtney Carver (of Project 333 fame).  This wonderful course will help me to further streamline my wardrobe and prepare for doing another stint of Project 333 in the New Year.  Since my first stint of this minimalist wardrobe challenge produced so much growth and learning, I’ve decided to give it another go!   I will share my selection process and Project 333 items in an upcoming post.

I will continue to monitor wardrobe benchwarmers in 2014 and hopefully that will the final year when such an issue will even be relevant to my life.  While I likely won’t finish 2013 with no benchwarmers in my closet, I fully intend to realize that goal in 2014.  I do not yet have a manageable and minimalist wardrobe filled only with items I love and wear, but I’m headed in the right direction and will keep on keeping on until I get there!

My Best and Worst Purchases of 2022

Items That I Loved… But Ultimately Returned